DINZ pushes back on SNA definition for indigenous biodiversity


DINZ is putting deer farmers’ voices forward on the latest draft of the National Policy Standard on Indigenous Biodiversity (NPSIB). 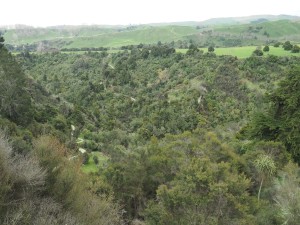 Could gullies like this in Pohongina become SNAs under the draft NPSIB? Photo: T. Walton.

The Ministry for the Environment (MfE)’s proposed NPSIB aims to protect native flora and fauna with unique qualities which are found nowhere else in the world. The draft includes changes made after public consultation and hui in 2019-2020. Once finalised, it will provide a national framework for local and regional councils to work with local groups.

Exotic forestry and sequestration, another area of concern previously, now has its own rules and regulations, and has been “carved out of the policy, thankfully,” notes DINZ environmental stewardship manager Sara Elmes, who has been working with producer manager Lindsay Fung in the area.

According to MfE, the identification of Significant Natural Areas (SNAs) will enable councils to “consistently identify areas with significant vegetation and habitats of significant indigenous fauna.” Their protection would be managed through regional and district plans and consent processes under the Resource Management Act. There are also provisions to protect highly mobile fauna – birds, bats, frogs or snails – that might move between areas.

SNAs “and the description of them” are the area of most significance for deer farmers within this NPS, says Elmes who, with Fung, has worked with B+LNZ on a joint submission to MfE. This was backed with “real world examples” and has been sent in ahead of the deadline today (21 July).

“This covered all the general concerns but we also had the opportunity to include areas of specific relevance to deer management, such as where SNAs might overlap with fawning blocks or high country blocks where the land use is extremely light,” Fung explains. 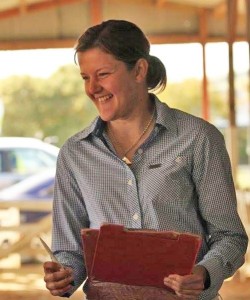 Sara Elmes: Deer farmers views are being actively promoted to the policy makers.

The draft appeared on 9 June – one day after significant He Waka Eka Noa announcements, which had already involved considerable amounts of sector time. Loud pleas from B+LNZ, Federated Farmers and DINZ for an extension of the consultation process from six to 10 weeks, fell on deaf ears.

B+LNZ, DINZ, Dairy NZ and Federated Farmers continue to advocate for farmers to be able to integrate indigenous biodiversity within their pastoral systems, while being recognised for the benefits existing habitats provide and rewarded for their work to protect native species.

Within the NPSIB draft, landowners, including deer farmers, have been  recognised as stewards – and tangata whenua as kaitiaki – of indigenous biodiversity.

B+LNZ has already loudly voiced the parties’ concern that the definition for identifying SNAs is still too wide, “which could be restrictive for landowners on a significant proportion of their farms.”

Deer farmers might see gullies with indigenous forest, shrubland areas or grasslands with threatened species identified. While farming can continue, according to MfE, councils will be ”working with the farmers to advise and support them on how to best manage SNAs to protect their values.”